Are Robots setting Bail for Bail Bonds now? Let’s face it, we are living in the future. Right now.

A road-worthy flying car is only months away from being commercially available, and developers across the globe are in various stages of advancement of the jetpack. And yes, “robots” are making decisions for us every day, from making our grocery list, doing our homework, analyzing financial movements, terrorist threats, predicting weather patterns, and setting bail bonds. Bail bonds are also known as Bail Surety Bonds. 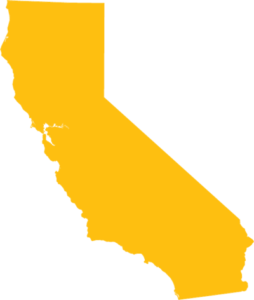 We have been using artificial intelligence whenever we use a search engine that allows us access to data collected by “smart” algorithms. Ever noticed the automated voice that answers your call when you place a call to your bank or the customer service department of a company? Well, you could be talking to a program that is based on Artificial Intelligence (AI).

Developed for free by the Texas-based based Laura and John Arnold Foundation, the algorithm uses data from the case histories of over 1.5 million persons on its database. The program works by analyzing how the people on the database perform on the outside world after they were released on bail.

The program also studies other factors when computing the amount of bail or recommending to the judge whether to release or not, including pending cases, the age of the person, rap sheet, and the history of appearing in court when ordered. Based on this information, the program will make its recommendation and computation for a judge to approve or ignore.

San Francisco District Attorney George Gascón, who was instrumental in bringing the program to the city, admitted he was expecting some growing pains when using the program, especially during its early stages.

He commented, “We recognize that there is more work that needs to be done. “We’re trying to replace a system that has absolutely no connection to public safety with a system that will actually evaluate risk and is inherently fairer and more mindful of public safety.”

Other Jurisdictions Are Following Suit

But San Francisco is not the only jurisdiction that is seeking to modernize its bail bond system by using an advanced mathematical algorithm to reform the city’s justice system that many critics describe as penalizing the poor and is not free from any racial bias. Some U.S. jurisdictions are using bail algorithm to evaluate the risks that defendants pose.

The primary objective of using bail algorithms is to allow the tool to evaluate and study the risk each defendant poses. Without the algorithm, judges are tasked to weigh these evaluations during the pretrial, and this process is often criticized that sometimes, human emotions come into play.

When evaluating whether to grant a pretrial release, judges must always ask themselves if a defendant is a flight risk or is capable of skipping town or breaking the law. The judges must make the decision, and sometimes they use a report prepared by a bail investigator or some other government sources who are privy to the defendants standing in the community. Because a judge will have to rely on testimonies of people who know the defendant, as well as studying the rap sheet and the current charges, the current system is often seen as subjective.

The newly-developed bail algorithms intend to correct all these criticisms about the current system. The tool uses available information about the defendant to produce an objective and scientifically-based assessment of the bail. The judges, in turn, must first look into the recommendations of the algorithm before deciding whether to set free or not.

The bail algorithm tool produces “scores” about a defendant’s risk factor in breaking the law, jumping bail, or failing to appear before the court and even underscore a person’s violent tendency.

The bail algorithm uses these components in analyzing a defendant’s risk factor: age, current charges, criminal history, and record of failing to appear.

San Francisco Deputy Public Defender Danielle Harris said he believes in the potential of the bail algorithm tool to be a move in the right direction. “But when it is watered down or misunderstood or rejected unreasonably, then it’s not clear what good it will do,” he said. “We were excited about having more research and more data being brought into decision-making, but we’ve been disappointed,” he said.

However, while bail bond algorithms are receiving a positive response because it is seen as an effective tool in countering the perceived arbitrariness and unfairness in decisions about the pretrial release, some sectors say the new system needs a lot of improvement.

But despite the debate about the bail algorithm, key players in the legal system seem to embrace the concept of data-driven decisions, particularly concerning pre-trial release. Many in the country’s criminal justice system have pledged to further improve the bail bond algorithm systems to better service the justice system and make it more acceptable to all.