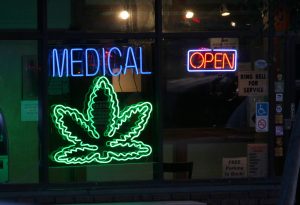 Many states in the U.S. have already legalized medical marijuana including Arizona, Arkansas, New Mexico, etc. States like California and Nevada have legalized marijuana for both medical and recreational use. In several marijuana-legalized states, there are commissions and organizations charged with overseeing and drafting their state’s medical marijuana program established by voter approval. Voters approve an amendment indicating that any person that suffers from a demonstrable medical condition will be qualified to purchase marijuana from dispensaries housed from in-state cultivation facilities. The required ounces and costs may vary per state.

Why do you need medical marijuana surety bonds?

A medical marijuana bond, which is a form of license and permit bond, guarantees that medical or retail marijuana dispensaries will submit their taxes for the sale of their goods, and pay these in due time. If they do not file their taxes and perhaps break state laws, the surety company will step in and resolve the case by paying the Obligee.

Surety bonds are being issued across the state, from construction to commercial. In this case, marijuana business people are no exception. A medical marijuana bond is now required where the Principal here is the dispensary. The Obligee is the state, and the Surety is the company that will provide the surety bonds.

For example, the Arkansas Medical Marijuana Commission requires medical marijuana dispensaries to get a $100,000 performance bond, a $200,000 surety bond, and $100,000 in liquid assets. The state’s Medical Marijuana Commission is now forging a new set of rules and ordinances to control the licensing process and operations of dispensaries and cultivation facilities (Liles, 2017).

That said, dispensaries and cultivators must post a surety bond along with a licensing fee that would be paid to the state if the facility fails before it commences business operations. And along with other types of bonds, a medical marijuana surety bond is required for dispensaries to run their businesses legally.

For California, people cannot just drop in a medical clinic without a patient card to purchase marijuana. However, adults over the age of 21 can now use, purchase, and possess cannabis, even grow it at home. While a medical marijuana surety bond will be required for medical dispensaries, the state will start to issue licenses to recreational pot shops (retail license marijuana bond) on Jan. 1, 2018 (Steinmetz, 2016).

What are the surety bond requirements for medical marijuana dispensaries?

Bond requirements may vary according to each state. But let’s take Arkansas as an example. The Arkansas Medical Marijuana Commission requires cultivators in the state to secure two types of surety bonds – performance bond and medical marijuana bond – to get a cultivation facility license.

Like all surety bonds, surety underwriters will look into a medical dispensary’s:

• Proof of liquid assets of at least $500,000.
• Capacity to post a performance bond of $100,000 – $500,000 required of applicants in case the facility fails to begin operations.
• Ability to post a medical marijuana bond of up to $200,000 following commission’s approval to get a license and permit to operate.

Want to learn more about medical marijuana bonds and how your business can secure one? Call Surety Bond Authority at 800-333-7800 today.