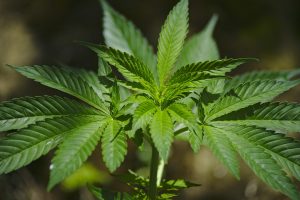 Los Angeles, CA, August 15, 2017 — Surety Bond Authority, Inc., a surety bond company based in California, is now expanding its service reach by providing marijuana surety bonds in every state that require them as part of the licensing, adult use, and tax payments guarantee of marijuana establishments.

The legalization of medical and recreational marijuana has seen significant changes in the marijuana industry. With various jurisdictions endeavoring to regulate the industry and setting what type of bond conditions should be implemented, laws are enacted that require marijuana establishments, such as cultivators, dispensaries, processors, and retailers, to post surety bonds as part of business licensure requirements.

“We are eager to extend our service reach and focus on helping marijuana business applicants, such as dispensaries and retailers, obtain the surety bond that they need,” said Greg Rynerson, Founder, and CEO of Surety Bond Authority, Inc. “A marijuana surety bond is a state requirement for businesses that want to cultivate, process, and dispense marijuana to regulate both the medical and recreational marijuana markets.”

To ensure a healthy, legal economy, marijuana surety bonds guarantee payment of all sales and excise taxes due to the government and indemnifies a state or city against all claims arising from the issuance of a license or permit.

According to Rynerson, “These surety bonds are authorized by various statutes and regulations in states and cities. This means in each jurisdiction; the bonds will have varying bond amounts and conditions.”

There are different types of marijuana surety bonds conditioned by various jurisdictions. While there is the need to secure medical marijuana dispensary bonds or retail marijuana excise tax bonds, there is also a marijuana performance bond for the construction of a medical cannabis facility or for guaranteeing faithful performance of duties – management, operations, or ownership.

The scope of bond coverage will be conditioned for each statute, regulation, or ordinance on which the specific type of bond is based.

There are currently eight states that have both legalized medical marijuana and recreational marijuana. They include Alaska, California, Colorado, Maine, Massachusetts, Nevada, Oregon, and Washington.

Surety Bond Authority, Inc. is one of the nation’s leading surety underwriters of contractor bonds, court bonds, commercial, and license and permit bonds — offering many types of available surety bonds that cater to each specific bonding need. The company has over 20 years of experience writing surety bonds at both state and federal levels and is authorized and licensed to issue bonds throughout the United States. For more information on Surety Bond Authority’s surety bond programs, including its surety office contacts, visit https://www.suretybondauthority.com.