What is an Oregon Marijuana Surety Bond? 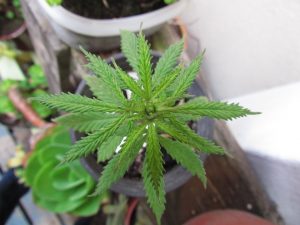 Oregon is one of the eight states that adopted the legalization of both medical marijuana and recreational marijuana use. An Oregon Marijuana Surety Bond is associated with obtaining a medical or retail marijuana dispensary license.

This type of surety bond guarantees to protect the state or municipality (Obligee) if the marijuana establishment (Principal) should enact fraudulent activities as well as protect the safety, health, and welfare of the state residents by controlling, regulating, and taxing such businesses.

Why do you need an Oregon Marijuana Surety Bond?

Oregon has established rules and laws to both protect the government and the general public concerning the cultivation and dispense of medical and recreational marijuana.

According to Measure 91, “no licensee or licensee representative may sell or deliver any marijuana items to any person under 21 years of age.”

How much does an Oregon Marijuana Surety Bond Cost?

Marijuana surety bond costs are a percentage of the required bond amount. This is the bond premium, which ranges between 1%-5%. Your credit score will impact your bond costs.

Usually,  the state or municipality where the license is required will determine the required bond amount.

For knowing and understanding more about your bond costs and other requirements as cannabis producers, distributors, and dispensaries, get your FREE quote here!

How do I obtain an Oregon Marijuana Surety Bond?

Look for a reputable and state-authorized surety bond provider that is experienced in providing this type of surety bond. Working with a knowledgeable surety bond agent can simplify the complexities, and determine bond costs that work within the constraints of your business operation and budget.

A surety underwriter will conduct an in-depth review of your bonding capacity, character, and capital. You will need to provide documents to determine if you qualify for the bond.

The requirements for this surety bond are as follows:

Learn more about marijuana surety bonds by talking to one of our experts today!

*Update: Although Oregon does not require surety bonds at this time, state rules and regulations regarding the legalization of medical and recreational marijuana sale and usage are still being amended.