What is a Subdivision Bond? 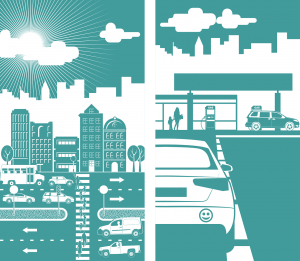 A subdivision bond is a type of “off-site” surety bond that covers the various aspects of building a new subdivision, including streets, sewage, drainage ditches, gutters, and houses.

Having a subdivision surety bond is a type of insurance that guarantees to the project developer that the work inside the subdivision will be completed according to the provisions in the contract.

Although Subdivision Bonds are slightly similar to other Construction Bonds, the role and obligations of a developer are quite different from those of a contractor signing into a public works contract.

What makes Subdivision Surety Bonds different from other Construction Bonds?

In subdivision development, it is the developer, not the Project Owner or Government Agency, who initiates land development. The developer will have to comply with state laws and enter into a Subdivision Agreement before being authorized by the Project Owner or Government Agency to commence construction. This authorization may be adapted to the construction of subdivision improvements as required by the local government. The developer, instead of a contractor, is the Principal on the Subdivision Surety Bond.

Also, there are distinctions when it comes to the scope of coverage between Subdivision Bonds and other Construction/Contract Bonds.

Both types of surety bonds include underlying contracts that agree to work on construction projects. However, other construction bonds (bid bonds, performance bonds, payment bonds, supply bonds) provide security for the performance and payment of all of the Principal’s contract jobs.

In contrast, Subdivision Surety Bonds only guarantee the required public construction and improvements (which are often a small part of the overall development).

Is this the same as a Site Improvement Bond?

Why do I need to have a Subdivision Bond?

Most local governments do require a land developer to obtain a subdivision bond before they begin work on the project. The paperwork for the bond would need to be included with the lot map or when requesting a building permit.

Before the construction of undeveloped land, the Obligee (Project Owner or Government Agency) often requires a developer to enter into a Subdivision Agreement.

This Subdivision Agreement will require the developer to make improvements required by the Obligee as part of the state requirements and will arrange the duration within which the construction must be performed.

Furthermore, the Obligee may require that the developer guarantees the work claimed under the Subdivision Agreement for a year after completion and acceptance of the construction job, including liability for labor, defective work, and materials, by posting a Subdivision Bond.

What are the requirements to obtain a Subdivision Bond?

For you to qualify for a Subdivision Bond, a surety underwriter will need you to submit the following:

How much will I need to pay for a Subdivision Bond?

The amount you pay for a subdivision bond will depend on several factors, including the amount of the project, how much bond coverage is needed, a developer’s work record and financial credentials, contract terms and size, and credit score. You will only pay a small percentage of the total bond amount as a premium.

The Subdivision Performance Bond, which ensures the faithful performance of the building and completion of structures, is calculated as a percentage of the total cost of the construction to be installed.

The Subdivision Payment Bond, which assures payment to the subcontractors, suppliers, and other labor personnel and persons providing equipment, is calculated in an amount not less than 50% and no more than 100% of the total estimated costs of the construction and improvements.

Who can file a claim against the bond?

The developer will have no defense to a claim made on a Subdivision Bond if the timeframe for completion of subdivision improvements and construction has expired. Also, the Obligee can file a claim if it suffers losses because of the developer’s failure to complete a project according to the contract terms.

Understanding the unique aspects of Subdivision Bonds should assist you in establishing a concrete plan to avoid claims. If you are unsure if you need to get a subdivision bond, contact one of our agents today and we will help get you the answer. If you do need the bond, we will get you a free quote and begin the process for you so that you can get your subdivision bond as soon as possible before you start on the project.