What is a Public Official Bond? 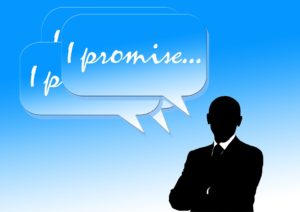 A Public Official Bond is a type of surety bond that serves as a statutory obligation requiring faithful performance, fidelity, and integrity of a public official’s duties to the public.

The bond requires public officers and secondary obligors to pay a fixed amount if they do not faithfully perform their duties in the office. Like all surety bonds, this bond consists of a three-party agreement:

This bond is one of the oldest forms of written guarantee that requires persons to obtain to qualify for office. In 1792, Congress passed an act that the Office of the Paymaster “shall give bond in the sum of $20,000, with two sufficient sureties, for the faithful discharge of duties.”

What are the general requirements of a Public Official Bond?

The bond requirements are found in the individual state codes. They are mandatory for all elected and most public officials, ranging from governors and mayors to local school board members and agents selling fishing or hunting licenses. They are effective before and once a public official has taken the oath of office.

The bond protects against:

Conduct or omissions made by public officials that constitute a breach of his or her duties of the office. The bond serves as a guarantee against fraud or dishonesty and covers losses arising from neglect or other serious offenses.

Any government entity and provides coverage to the public. The bond, in nature, is an Indemnity Bond rather than a Forfeiture Bond. It is a contract designed to protect the city or the entire citizenship served by the public official.

What are the two common types of Public Official Bonds?

A Fidelity Bond intends to ensure honesty, where a party agrees to indemnify another party against a loss resulting from dishonest actions or misconduct by a person holding a position of trust.

The Faithful Performance Bond ensures the faithful performance of an official’s duties and provides a wide range of coverage from lapses in fidelity through ordinary negligence.

Some statutes request a bond conditioned on the “faithful performance of his or her duties” but includes further provisions indicating “faithfully to account for all moneys coming into their hands.”

For example, in Iowa, the bond required for public officials states:

To eliminate additional risk and exposure, governments and agencies require deputies and subordinates to procure surety bonds of their own to the public official or to be covered under a public employees blanket bond or public employees dishonesty bond in amounts sufficient to mitigate potential risks.

Who needs a Public Official Bond?

How much does a Public Official Bond cost?

The state or city government usually pays for its own protection, however, bonded public officials have to pay up the Surety if a claim is made against their bond.

The Surety will financially back up the public official and pay the state if it garnered proof that the financial damages are caused by the bonded public official’s misconduct. The official will then reimburse the Surety with the full amount paid out.

The bond cost, which is the percentage of the bond amount (usually 1%-5%), varies from state to state and will be based on the role of the public official and the risks linked to it.

Want to learn about your bond costs and requirements? Get your FREE quote now!

How long does a Public Official Bond remain valid?

Public entities are also obligated to take action to discover and thwart the continuation of dishonesty or misconduct by the bonded public officials or employees. These bonds are subject to limitations or expansions contained in the statutes that governed them.

How do I obtain a Public Official Bond?

Choose a surety bond company that specializes in this type of surety bond. The Surety must have experience writing surety bonds at federal, state, and municipality levels and fully understand the conditions and complexities of Public Official Bonds.

There are several factors to consider when underwriting public official submissions:

Several documents will be required to qualify:

Surety Bond Authority has the indisputable ability to write Public Official Bonds across all states! Contact us today!